The following ideas, themes and resources are designed to help you research different types of photobooks so that you can decide what type(s) of book you might want to make. These are not scientific categories and are based on our personal interests. They're just starting points, backed up by a few real examples. We may indulge in some small experiments in class to help you get to grips with them practically. Enjoy! 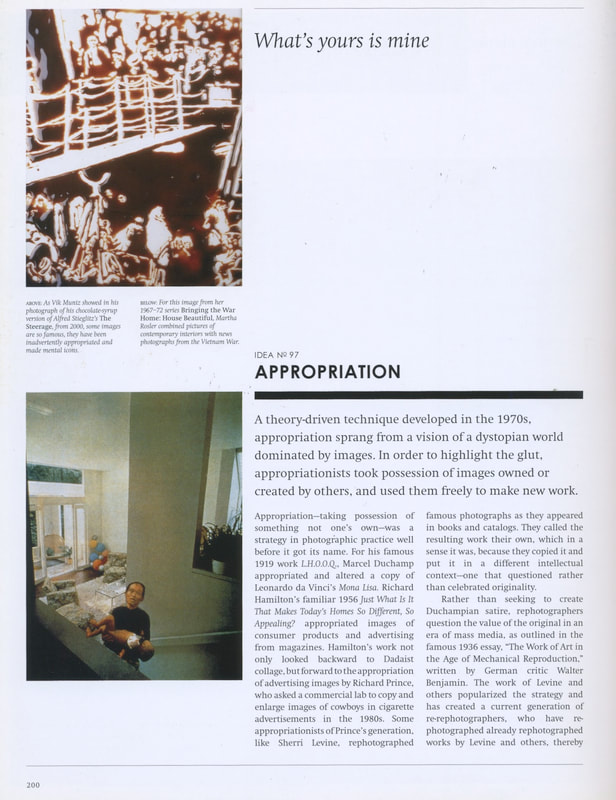 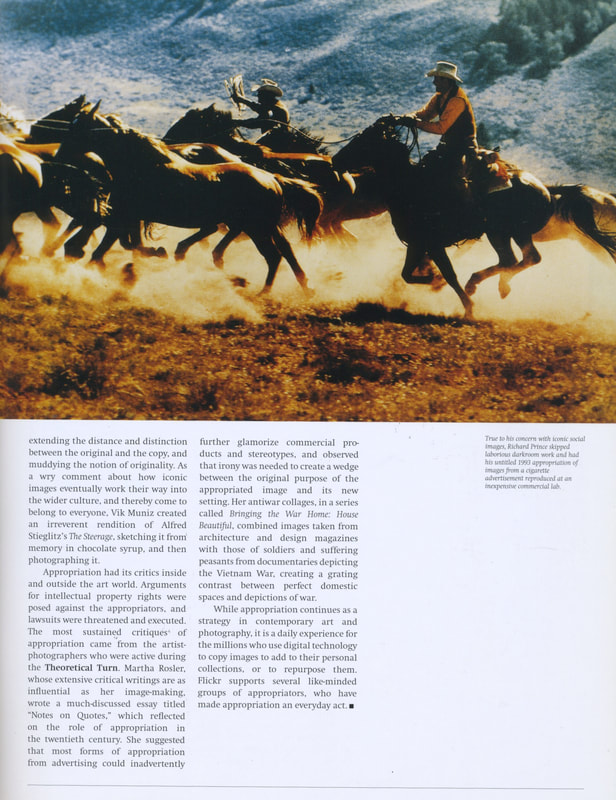 Some artists/photographers take the view that there are already too many photographs in the world. Why not work with those that already exist? Others are interested in the archives of images that exist in various places - government, industrial, cultural, news, online, personal collections, for example. The meanings of photographic images are slippery and multivalent (open to many interpretations). Artists might therefore be interested in questioning or altering the conventional/historical meanings of certain pictures in various ways. For example, photographs can be collaged together, placed alongside one another in new arrangements, cropped, enlarged etc. New captions, titles or accompanying texts can be added. Images could be sourced from a variety of different places and arranged together in new collections. Consider the following photobook examples, research other relevant artists and attempt to make your own appropriated collection of images: 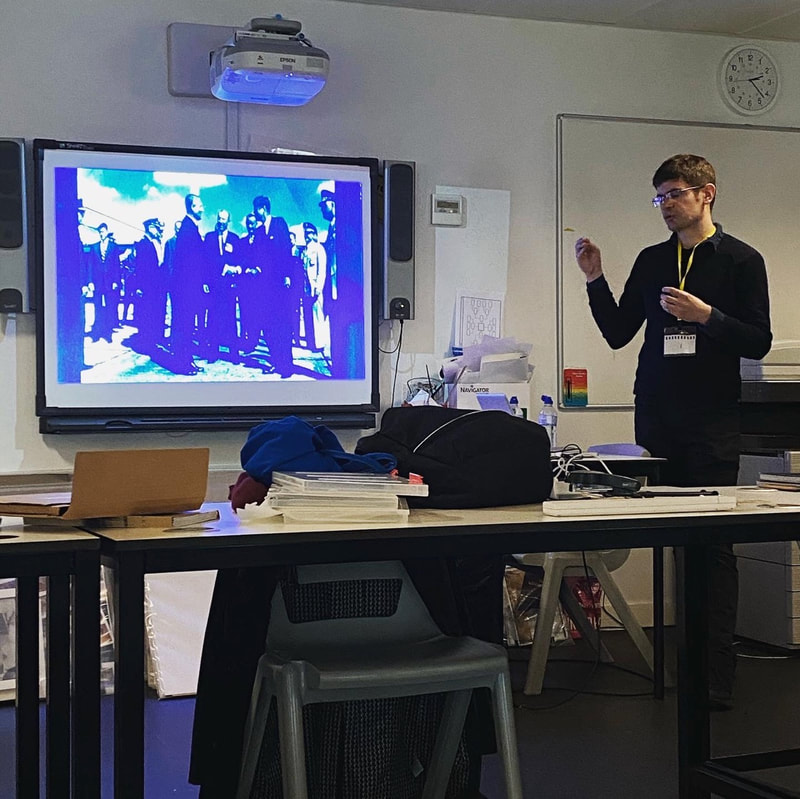 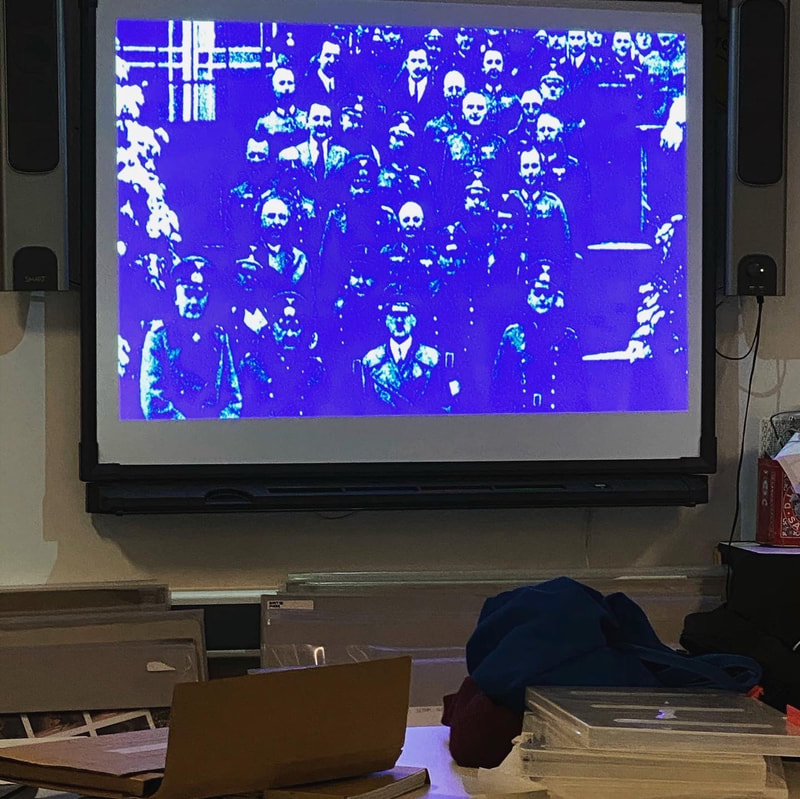 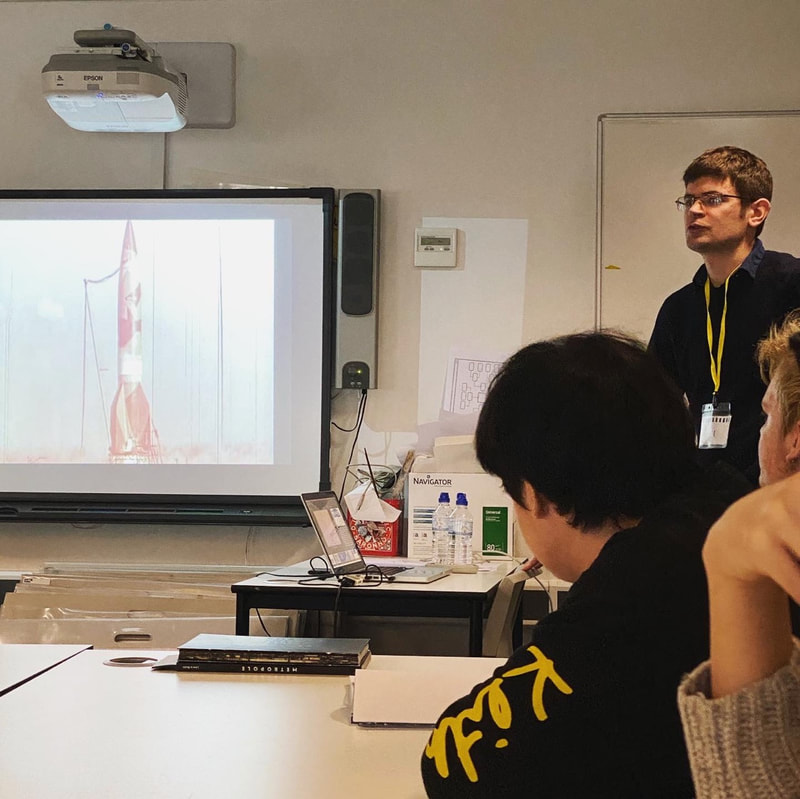 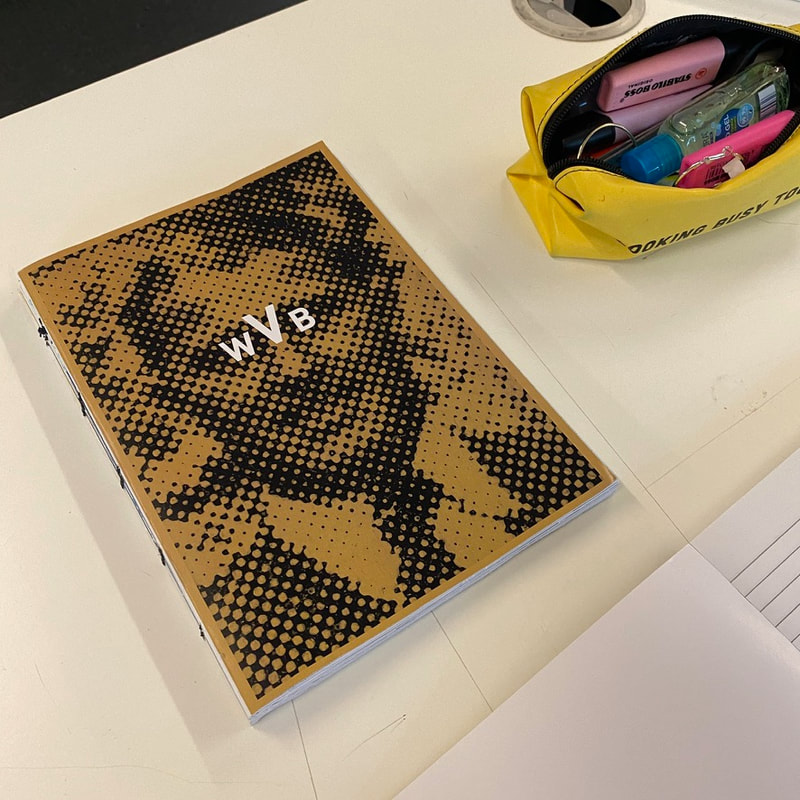 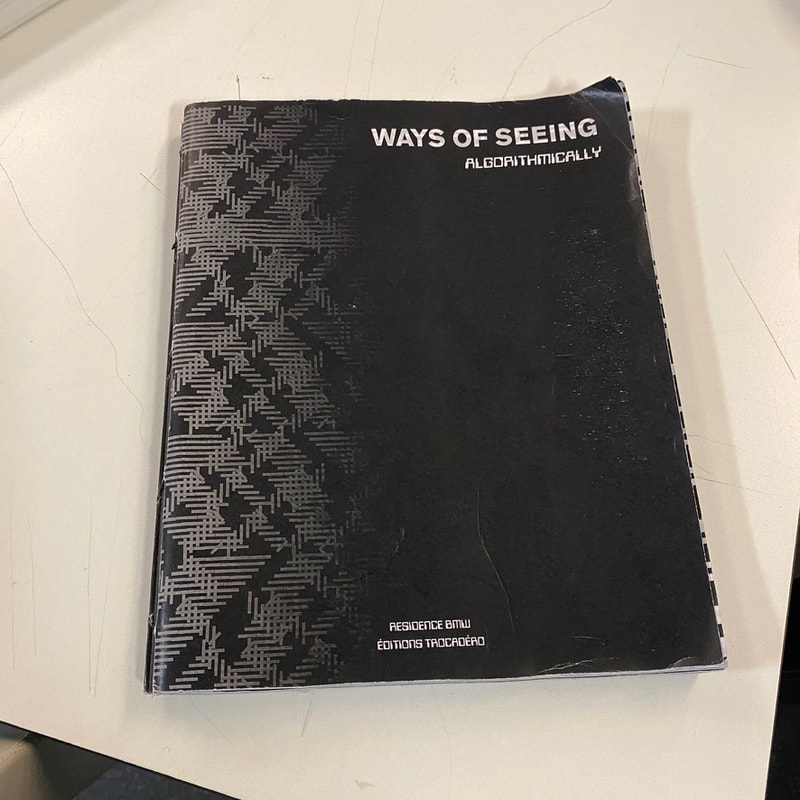 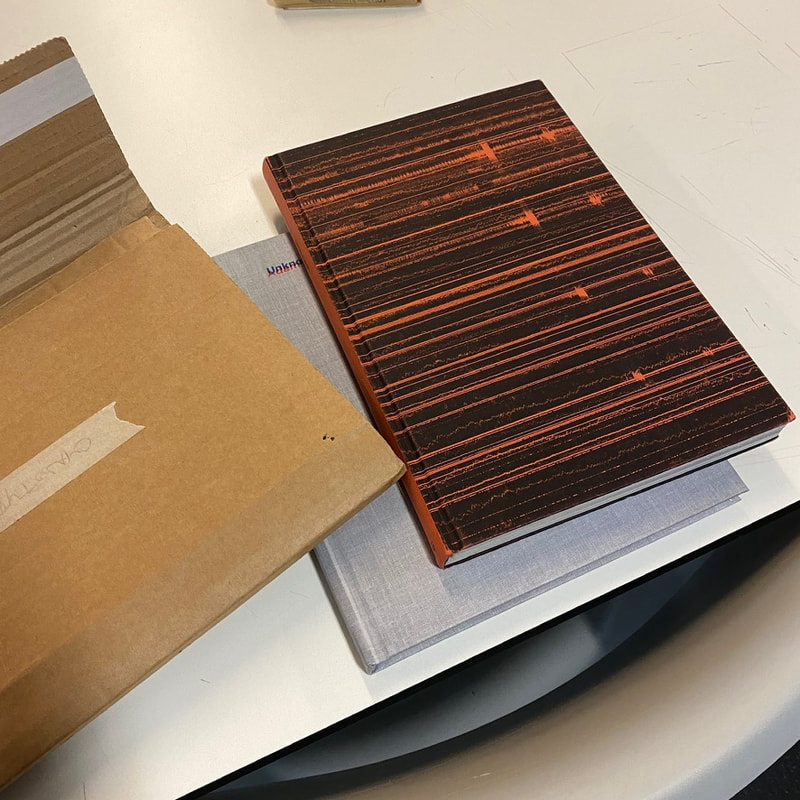 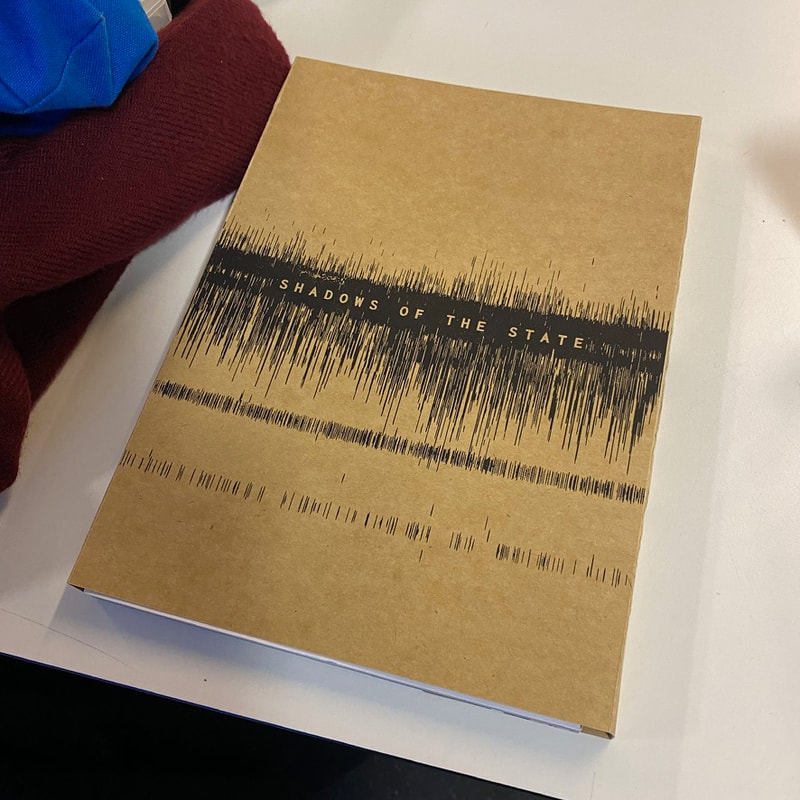 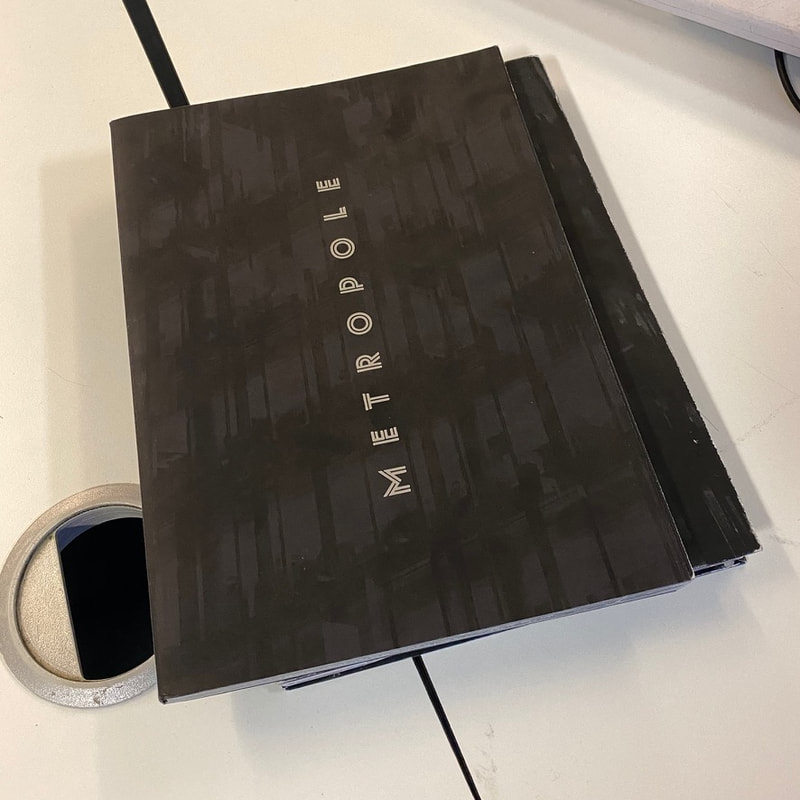 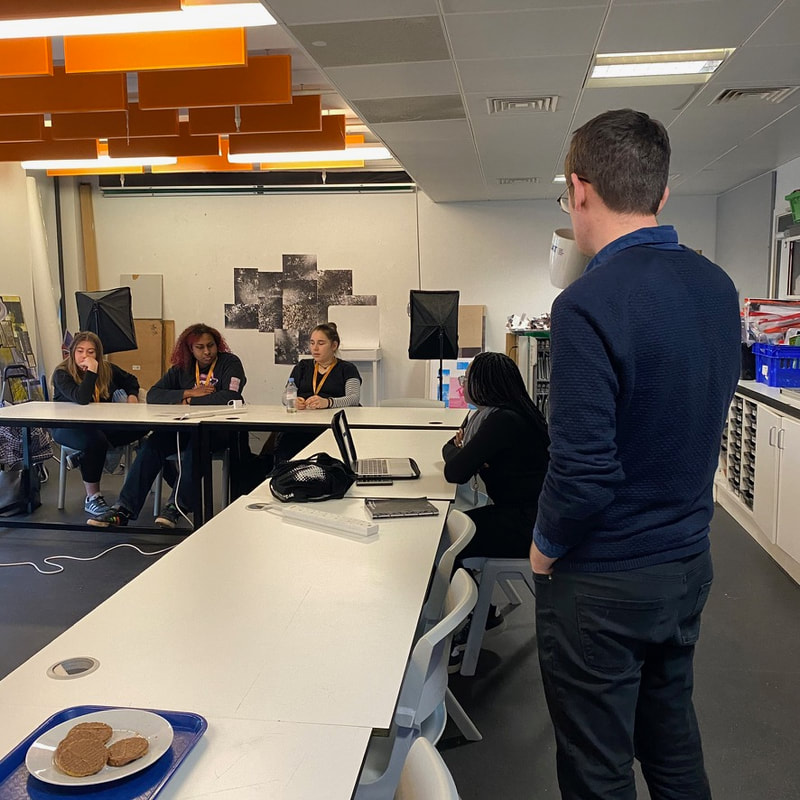 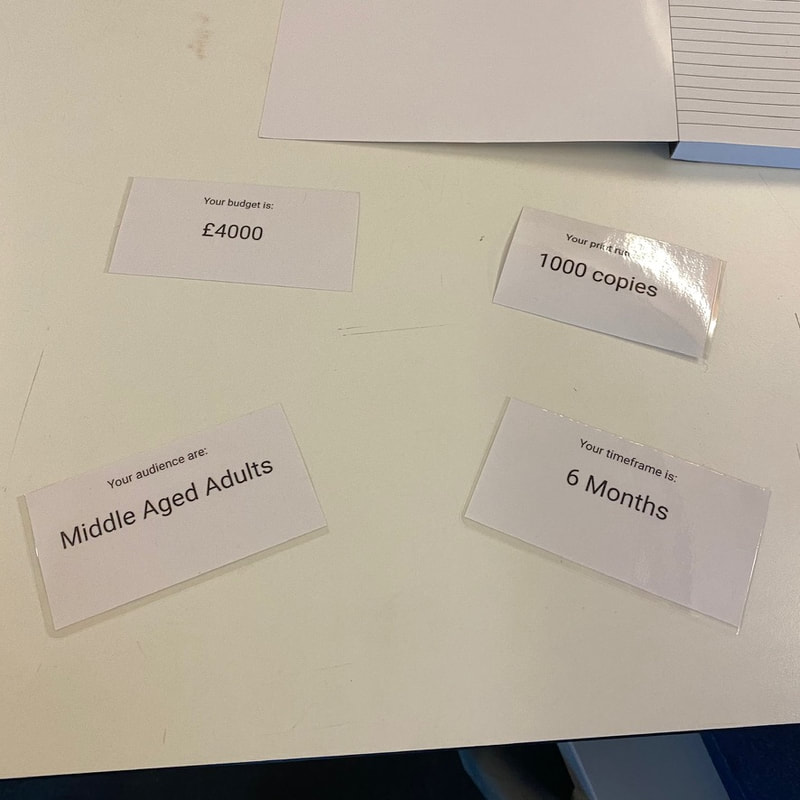 NOTES:
Research an important feature of practice - collecting evidence. making a case. Telling a story.
Often combining images and text. The photobook is a flexible form for presenting ideas and images.

'Metropole' book 2014-18.
Architecture in London - particularly new building projects in south London and the changing landscape of the city.
Projects often begin with being "bothered about something". In this case, the housing market. Why is decent housing not a basic right (like health care)?
Relationship between objective and subjective approaches to photography. Decided to adopt a subjective view of buildings using double exposure.
Importance of keeping a notebook. Research gathered over several years is blended together.
Influence of films - City Symphonies. Paul Strand's 'Manhatta', Vertov etc. Also German Expressionist cinema and early horror genre. Utopian and dystopian views of the city.
Coping with not knowing - emphasis on the process.
Images in the book are increasingly disorientating - chaotic, vertiginous, subjective. A feeling of being increasingly lost.
Importance of experimenting with your ideas until they are exhausted before moving on to something else. Don't give up on an idea too soon.
Created 200 copies of 'Metropole' zine before book was published. A way to test interest in your idea.
Interested in contrasts e.g. black and white images combined with colour images.
Photographing publicity images of new building developments on a computer screen - use of appropriated imagery.
Important to make sure that your research is good and that you have taken legal advice if you are speaking truth to power and challenging authority.

'Shadows of the State' book.
Funded on Kickstarter.
Idea - the Cold War did not end in the 1990s. Continued despite the break-up of the Soviet Union after the war in Afghanistan and the fall of the Berlin Wall.
Spies still communicate using short wave radio broadcasts - strings of numbers from Number Stations.
The radiation in radio signals is analogous to the radiant energy in photographs (just not so visible). Radio signals are therefore a type of photograph (?)
Detailed research about the sources of the radio signals - Google Earth, late night broadcasts. Converting radio signals into images using computer software.
Interested in the nature of secrecy - some Google Maps images have been tampered with to disguise locations of buildings.
Needing to look at individual pixels on a screen to identify suspicious patterns. Looking for traces.
Everyday technologies often begin life in the world of espionage. How technologies change use over time.

'W v.B' book (not yet published)
Werner von Braun was both a high ranking Nazi rocket scientist and a hero of the United States space programme. Contradiction.
Book attempts to present this double life through juxtaposed archive images.
Experiments with narrative structure:

What if events from different times in a life are juxtaposed? E.g. an image celebrating heroic status in both Nazi Germany and the U.S.A. The Rashomon Effect (Kurasawa)
Dummy book - testing the design/structure of the material. Intention to self-publish again using Kickstarter to raise funds.